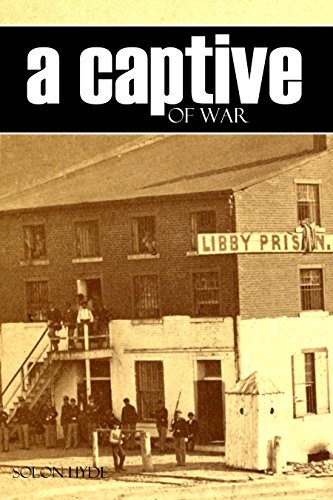 It was horror enough to be penned up in just one of the Confederacy’s prison camps. Solon Hyde endured five of them. In Andersonville, Salisbury, Libby, and others, he nearly lost his life to starvation and disease. All the while, he used his skills as a hospital steward to try to save the lives of his fellow inmates.

Educated and articulate, Hyde’s memoir is a rare example of excellent, detailed storytelling. Captured at Chickamauga, he endured nearly 18 months as a POW. Here he shares the horrible and the humorous as he explains what it took to survive a Rebel prison.

“…historically important…life and emotion under some of the most trying periods of our history. Hyde…has a rare gift for telling his experiences.” The New York Times