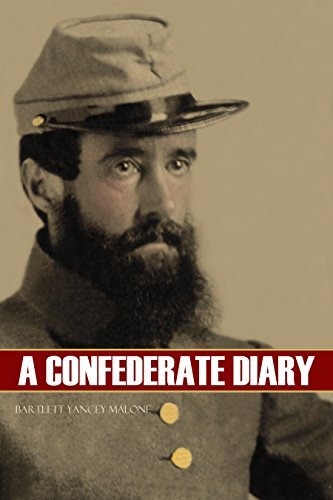 This is the diary of a North Carolina farmer, Bartlett Yancey Malone, who fought during the American Civil War from July, 1861, to November, 1863, when he was captured and made prisoner. He performed no extraordinary feat of heroism, at least none was recorded; he participated with distinction in no political movement of importance; he played no role which would cause historians to single him out for particular notice.

But his diary is of great human interest which reveals, with often comical quaintness of expression, the thoughts of a simple soldier of the ranksâ€”the thoughts, it is to be presumed, of a mass of men, which have oftentimes been inarticulate. There is a frankness about this diary that conveys inevitablyâ€”the conviction of sincerity.