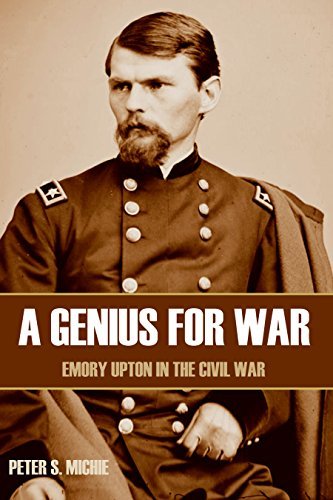 “Upton was as good an artillery officer as could be found in any country, the equal of any cavalry commander of his day, and, all things considered, was the best commander of a division of infantry in either the Union or the rebel army. He was incontestably the best tactician of either army. No one can read the story of his brilliant career without concluding that he had a real genius for war.”

Upton is best known for leading infantry assaults at the Battle of Spotsylvania Courthouse. Remarkably, he commanded troops as an artillery officer, cavalry officer, and infantry officer. He is one of the unsung heroes of the American Civil War who is too-little remembered today. After the war, his writings on reformation of infantry tactics and organization of the U.S. military had tremendous impact on the American armed forces.