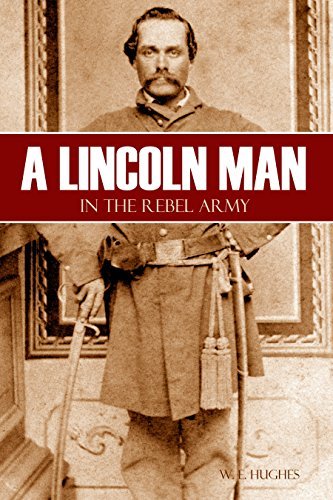 This is a Confederate memoir like no other. W.E. Hughes was an admirer of Abraham Lincoln before the Civil War for two reasons:

Despite deciding that Lincoln was “a bigger man than the Little Giantâ€”Douglas,” when war came, Illinois-born Hughes went south to fight for the Confederacy. He gives his reasons and tells of his time in service in this very charming and lively memoir by a successful and intelligent man.