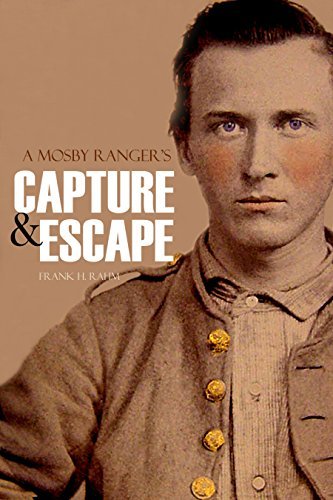 He was a member of John Mosby’s feared Rangers during the American Civil War. Captured in October of 1864, Frank Rahm made his escape from a train and melted into the southern sympathizers in the North before fleeing to Canada.

At a reunion after the war, he made a promise to John Mosby to tell him the story of his capture and escape. This book is the result.