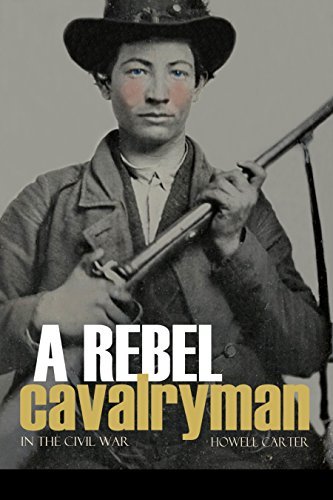 When Colonel John S. Scott came fresh from making a reputation with the Army of Virginia as a scout to form the First Louisiana Cavalry, Howell Carter was first in line. He served this Confederate cavalry regiment throughout much dangerous and bloody fighting.

In this well-written and exciting account of the First Louisiana Cavalry, Howell paints the broad sweep of the American Civil War as he saw it on horseback in Company E.