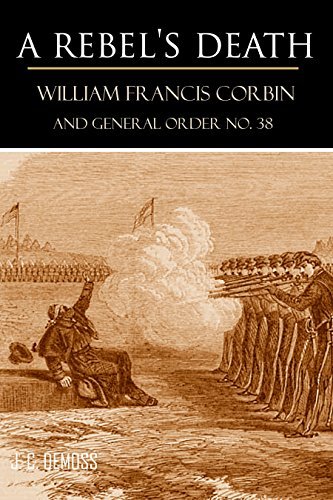 Only 30 years old and a church elder, friends and neighbors were shocked when Will Corbin was arrested in the Border State of Kentucky on April 9, 1863. He held a captaincy in the Confederate Army and was caught recruiting for that service in his home county.

Tried under an obscure, new general order, he was sentenced to die. His sister took her plea for leniency all the way to Ambrose Burnside and Abraham Lincoln.

The participants come alive in this true accounting of the events that surrounded Corbin’s capture, trial, and execution. General John Winder, Confederate commander at Libby Prison in Richmond, actually had lots drawn to chose two Union officers to execute in retaliation.