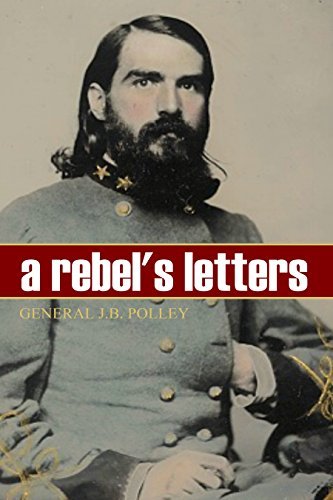 One of the most often-cited collections of letters from the American Civil War is brought to Kindle for the first time. General Joseph Benjamin Polley’s letters to his future wife are considered some of the best of the period. An educated man, his letters were detailed accounts of his time in the Texas Brigade of John Bell Hood.

At Seven Pines, Gainesâ€™ Mill, 2nd Manassas, Chancellorsville, Gettysburg, Chicamauga, and during Grantâ€™s Overland Campaign, Polley was in the thick of the fighting. His writing is delightful and humorous. On meeting Stonewall Jackson in a road by chance, “No one offered to introduce us to each other, and, as we were both bashful, we lost the best chance of our lives to become acquainted.”