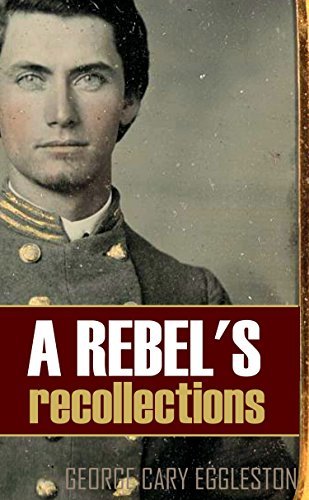 One of the most delightful and important works in the body of American Civil War memoirs, George Eggleston’s account is funny, informative, bitter, and sad. Written ten years after the end of the war, he extends a hand to his former Union foes, not to excuse or define the war from the Confederate point of view, but to explain in very human terms what it meant to fight for the South.

He met some of the most important and interesting figures of the Southern cause, while casting a keen eye on the character of the common soldier. He writes wonderful anecdotes on J.E.B. Stuart, Robert E. Lee, Stonewall Jackson, Ripley and more.