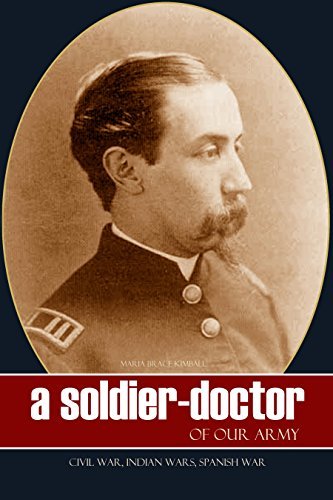 In December, 1864 James Kimball became a doctor of medicine, and the next day a surgeon in the 121st New York Volunteers, then serving in the Army of the Potomacâ€”where he arrived in time to participate in the end of the war and be present at Leeâ€™s surrender. His account of the final days of the war are fascinating and when, on one occasion, a little company was comparing notes upon the greatest man each had ever seen, he said quietly, â€œI have seen Lincoln.â€

He then went on to serve with General George Armstrong Custer in the west, learned to speak Indian languages, and later served during the Spanish-American War.