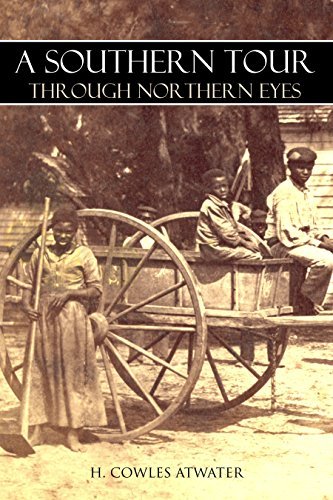 With Civil War on the horizon and bitter feelings growing on both sides, Cowles Atwater made a three-month tour of the South in 1857 to see for himself the conditions of slavery. Much of what he found surprised him and much confirmed his worst fears.

In this account of his trip, he attempted an honest assessment of what he saw and heard. He asked questions, listened, talked to free African-Americans and slaves, as well as slaveholders and poor whites. Read this fascinating true story of the south just before the storm broke.