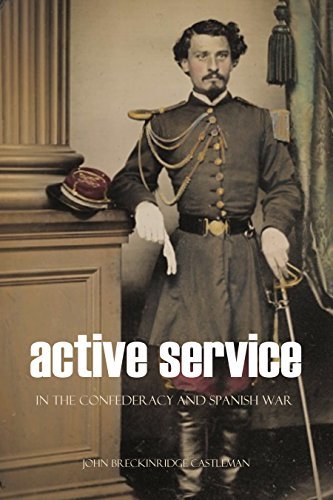 Born into privilege in Kentucky, a Border State in the Civil War, he fought for the Confederacy with Morgan and participated in the NW Conspiracy to free rebel prisoners. He was captured, tried, sentenced to death, and given exile instead by Abraham Lincoln. He finally returned to the U.S. in 1866 and later served as a general in the Spanish War.

The central interest in Castleman’s account is not so much the man himself but the events in which he participated, some of which are only slightly covered elsewhere. He also provides an account of the 50th anniversary gathering at Gettysburg, which he attended.