Giving All for Freedom 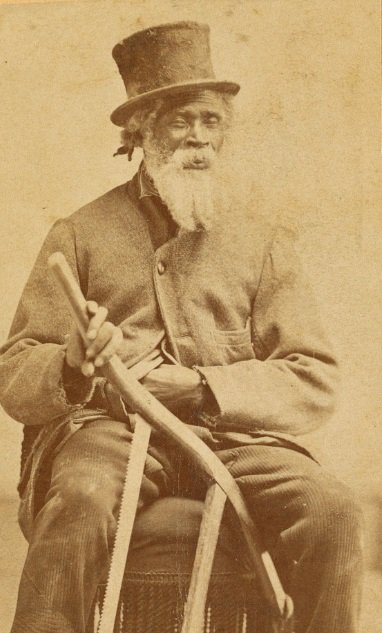 Among the least-studied areas of Civil War history is the role played by enslaved African-Americans in helping Union soldiers return to their lines after escaping from Confederate prison camps. I have published many memoirs by Union soldiers who experienced this. To a man, they gave full credit to slaves who helped them along their way.

We must keep in mind the potential cost to a slave for being caught helping an escaped Yankee in any manner. Often it meant just providing food to starving men, pointing the way to the Union lines, and helping navigate a swamp or mountain pass. Sometimes it was more. It meant keeping the soldiers in a barn or cellar overnight, or even for several days until the coast was clear.

The boys in Blue who wrote these accounts never knew if their benefactors were caught or what happened to them if they were. If they had been caught, the punishment would likely have been extremely severe. Not only were they aiding men that most Southerners considered mortal enemies, they were exercising an independent agency that threatened the power structure. That was a structure that placed them on the level of cattle. Exercising free will in any way was blasphemy.

More than one boy on the run recognized the tremendous courage in these actions. Union Lieutenant J.V. Hadley was one of them. His horse shot from under him, badly hurt from impact with a tree, and unconscious, Lt. Hadley was left on the battlefield of the Battle of the Wilderness, considered by his comrades to be mortally wounded.

When he awoke, he and his friend Homer Chisman were Confederate prisoners. As with many Union escapees, they were helped along the way by enslaved African-Americans at the risk of their own lives. Hadley recounted a conversation with one of his benefactors:

“…without any emotion, said his master was very hard on them, did not give them enough to eat, and that ‘Massa would cut his head off, sho,’ if he ever found out that he had given Yankees aid.”

Melvin Grigsby was another escapee, this time from the horrors of Andersonville Prison. Grigsby’s education and intelligence made him one of the keenest observers at a very young age. Only 16 when he entered the Union army, he was only 20 upon his final escape to freedom and the end of the war. His curiosity often led him to read plantation overseer logs when his regiment came across them:

“If anyone believes that the cruelties practiced on the slaves were exaggerated in Uncle Tom’s Cabin, let him hunt up and read one of those plantation records.”

Helped over and over during his escapes by African-Americans who risked their own lives, he wrote 33 years later:

“Should they ever become thoroughly aroused and united in a movement to throw off the white man’s yoke, that still oppresses and galls them, I believe that the fortitude, endurance and heroism they will display will surprise the world.” 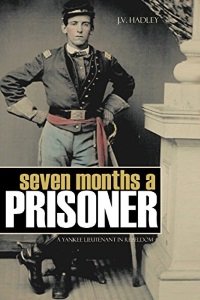