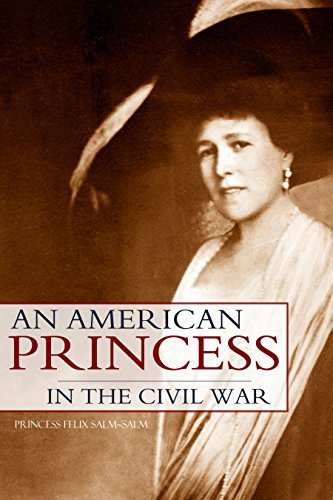 The daughter of an American general, married to the love of her life, she followed her husband throughout the Civil War and then to more adventures abroad.Â She was an American married to Prince Felix Salm-Salm, a Prussian soldier of nobility who volunteered his services for the Union cause in the Civil War. During the war, Princess Agnes tended to the wounded and dying on the battlefield. But she also met Abraham Lincoln, kissed him, and offers one of the most interesting descriptions of him.