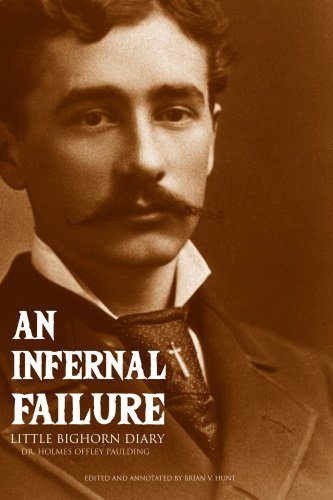 ​Dr. Holmes O. Paulding was the only medical officer with Colonel John Gibbon’s Montana Column during the fateful summer of 1876 on the way to the Little Bighorn. Fort Lincoln had been Paulding’s first post and he considered many of the officers of General George Custer’s 7th Cavalry to be close friends. Two days after Custer’s death, the young surgeon was with the relief column that found five companies of dead 7th Cavalry troopers.

But before that awful event, Paulding wrote in his diary of the cold, the heat, the boredom, as well as the laughter, drinking, hunting, and singing on the trail along the Yellowstone River from Fort Ellis to the Little Bighorn. In a fascinating glimpse of frontier soldier life, you’ll find details of men and events that you haven’t read in other accounts of Custer’s last summer.