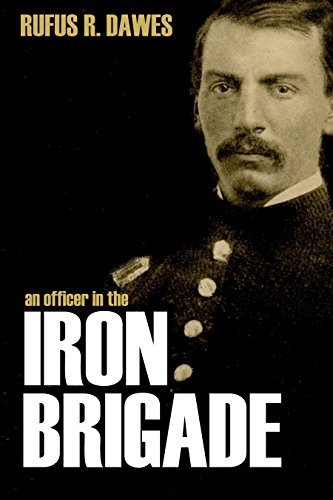 One of the most exciting, well-written, and important memoirs of the American Civil War from one of its most accomplished warriors: Colonel Rufus R. Dawes of the Sixth Wisconsin Iron Brigade.

At Antietam, Fredericksburg, Chancellorsville, Gettysburg, and Grant’s Overland Campaign, the Iron Brigade suffered the highest percentage of casualties of any in the war. It seemed to Dawes that every time he saw the worst that he could see, it got worse. After Gettysburg, where he led the charge on the railroad cut on July 1, he wrote:

“My horse was shot under me early in the fight, which perhaps saved my life. The experience of the past few days seem more like a horrible dream than the reality. May God save me and my men from any more such trials.”

They had many more trials to come.