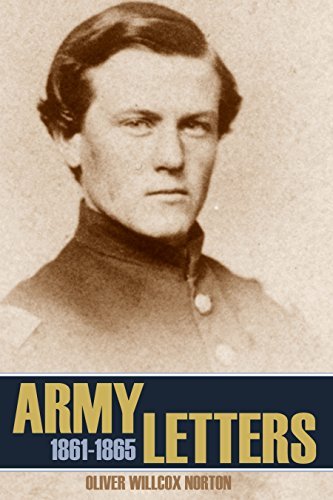 Among the thousands of published Civil War letters, this collection stands out. Oliver Norton served under legendary commanders Strong Vincent (killed at Gettysburg) and Joshua Lawrence Chamberlain, both of whom he greatly admired.

“The only wonder is I was not killed, and the wonder grows with each succeeding fight…Yorktown, Hanover, Gainesâ€™ Mill, Charles City, Malvern, Bull Run, Antietam, Shepherdstown Ford, Fredericksburg, Richards Ford, Chancellorsville, Loudon Valley, Gettysburg, Manassas Gap, Rappahannock Station and Olustee, to say nothing of the shelling at Harrisonâ€™s Landing or the skirmish at Elyâ€™s Ford.”