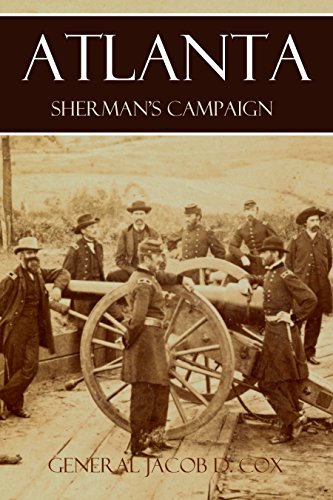 General Jacob Cox commanded the 23rd Army Corps during the long months to get to and take the great southern city of Atlanta. He describes the battles along the way, the siege of Atlanta, and the fall of the city to Sherman’s troops.

Later the Governor of Ohio and a congressman from that state, Cox was a prolific writer after the war and had a talent for capturing the gritty details.