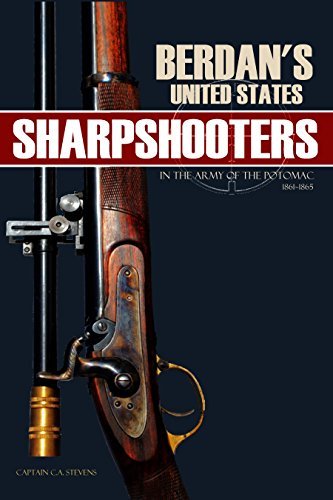 Hiram Berdan was a businessman and inventor. He was also a deadly shot. When the Civil War broke out, he raised a regiment of trained killers who served in some of the most storied battles of the war.

GENTLEMEN Many of you are undoubtedly aware that an effort is making to get up a regiment to be composed entirely of first class rifle shots at long distances—and that, in Consequence of my having myself done something in the way of rifle-shooting; suggestions have been , made in the public-press that I should aid in this effort. I am, moreover; receiving, almost daily, applications by letter and in person– to the same effect; and I see so clearly the great importance of the object in view that. I do not feel at liberty to refrain from doing what I can to further it. With thus view I propose that all those gentlemen who have made themselves good shots at long distances, and who are willing to place their skill in this Way at the service of our country un this her great struggle, should send their-names to me with an affidavit–showing the best shooting they have done at 200 yards or more.

“During the artillery fire which was close, several men were hit by splinters from the logs and trees, while George W. Griffin, a slight but brave youth, had a shell pass through the top of his tall felt hat, one he had picked up and worn in lieu of a cap. This made the boys laugh, yell in derision, but none laughed louder than he. On the afternoon of the 16th both regiments were sent out to retake a line on the right, which had been abandoned. Moving forward under fire, they drove the rebels back and obtained possession of the works, which they held until relieved by infantry at nine in the evening.”