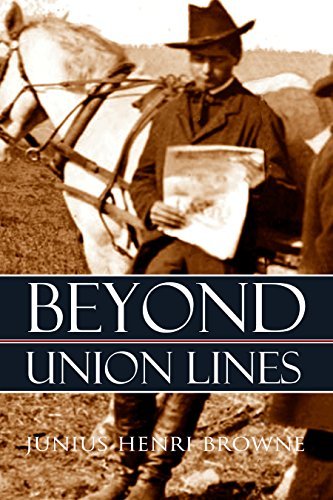 “[War] has its fascinations, as drunkenness, licentiousness, murder, journalism, and the stage have theirs. What is War, after all, but scientific assassination, throat-gutting by rule, causing misery and vice, and pain and death by prescribed forms? It is a palpable anachronism, and yet it continues…”

We are fortunate to have this remarkable book by famous jounalist Junius Henri Browne, a special war correspondent for the New York Tribune who not only reported from the field in the Civil War but spent time as a captive of the Rebels.

A literate, witty, urbane man with a coterie of fellow correspondents at his side (whom he called the Bohemians), Browne witnessed all the horror and carnage of the American Civil War. He was at Fort Donelson, Shiloh, Vicksburg and more. As in wars today, some of his fellow reporters were among the casualties.