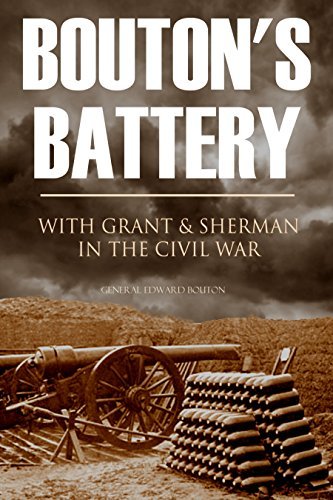 Generals Halleck and Sherman both pronounced him the best Civil War artillery officer in the army. “He was the most daring brigadier we had in the West.”

Bouton met Captain Ulysses S. Grant in Illinois just after the outbreak of war. He met Sherman at Shiloh. In that battle, at Corinth, on the Mississippi, at Tupelo and elsewhere, Edward Bouton served with both Generals and proved his worth as an outstanding officer.