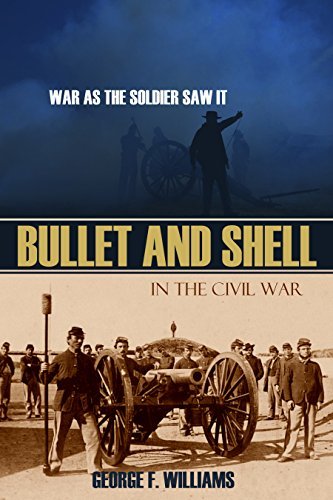 Unlike many Civil War veterans, George F. Williams wrote a novel about his experiences instead of a strict memoir. However, he is at pains to assure his former Union vets that they will clearly recognize the events and personalities of which he writes.

Most 19th-century Civil War fiction was highly partisan, telling tales of glory and sacrifice to honor one side at the expense of the other. This novel, written with distance and hindsight but still by someone who was there, takes the longer view that there were issues and passions that led people to act as they did.

It’s also a rollicking good story of the period, with humor, pathos, and sober judgment about the past. All the major characters of the war make an appearance.