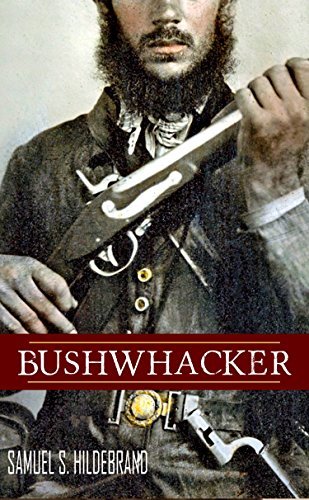 Bushwhackers in the American vernacular were Civil War guerrillas, outside the normal chain of military command. Like William Clarke Quantrill and “Bloody Bill” Anderson, Samuel Hildebrand was a proud Missouri bushwhacker.

This self-serving but fascinating account is a valuable addition to the canon of Civil War literature. In it, Hildebrand claims that others have tried to tell his story but have gotten it wrong, so he has a notarized statement by prominent men included as verification of authenticity.

Hildebrand’s thirst for extrajudicial killing and lack of remorse make him the kind of monster for whom wartime rules of engagement are created. He does not seem to have been a psychopath, even evidencing some conscience if his narrative is to be believed. But this uneducated, vicious, and vengeful man had no notion of the idea of civilization he professed to believe in. His only rule was eye-for-an-eye and the devil be damned if he was wrong about someone’s guilt or innocence.