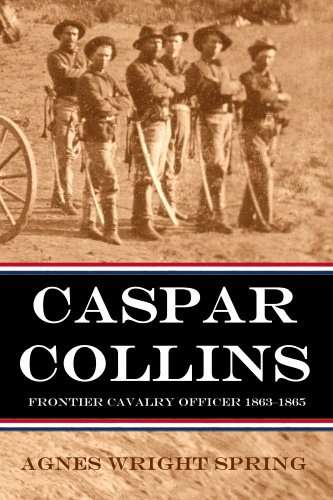 Young Lieutenant Caspar Collins had been on the frontier for nearly three years when he led a charge into certain death against Native American warriors. Before that, he and his father had served the 11th Ohio Volunteer Cavalry during the Civil War in the west. They were both keen observers and wrote fascinating letters home describing the life they lived and sights they saw. Many of those letters are included here.

Agnes Wright Spring (at different times State Historian of Wyoming and Colorado) wrote the only biography of this man for whom Casper, Wyoming was named (yes, they spelled his name wrong).