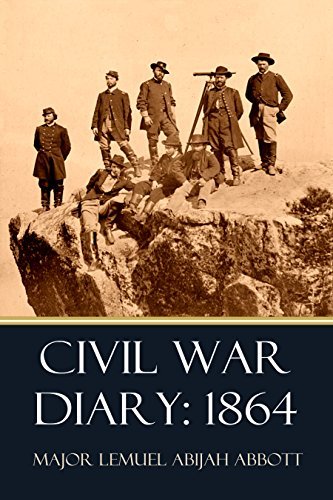 As a newly-minted 2nd lieutenant in the Union Army, Lem Abbott was tossed head-first into General Ulysses S. Grant’s Overland Campaign. He saw action in all the major battles of that campaign and was severely injured while with Sheridan at the Battle of Opequon (Third Battle of Winchester).

Abbott kept a diary during his time in the American Civil War and his descriptions are vivid and compelling. As he lay wounded at Opequon, he nevertheless could not take his eyes of the frenetic Sheridan, commanding the field like a chess player while mounted on Rienzi, his black steed.