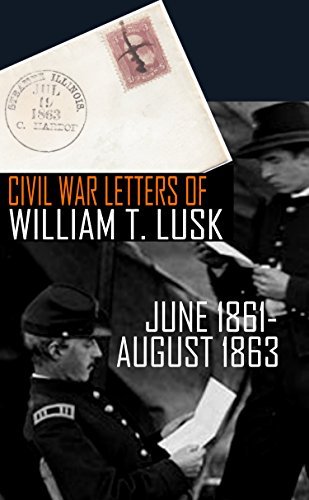 After service in the American Civil War, William Lusk went on to a stellar career as a New York gynecological surgeon, successfully completing the second Cesarean section operation in that state. From the time he left the Union army until his death, he rarely referred to his war service as a 23-25 year old man.

Upon his death, his war letters were discovered and published. In them we find a highly intelligent, articulate, witty, and very observant young man. His letters are rich with detail and commentary. Writing only to intimates, he was extremely frank about commanding officers and battles, which make these letters a treasure.