Grant and Lee in the Civil War 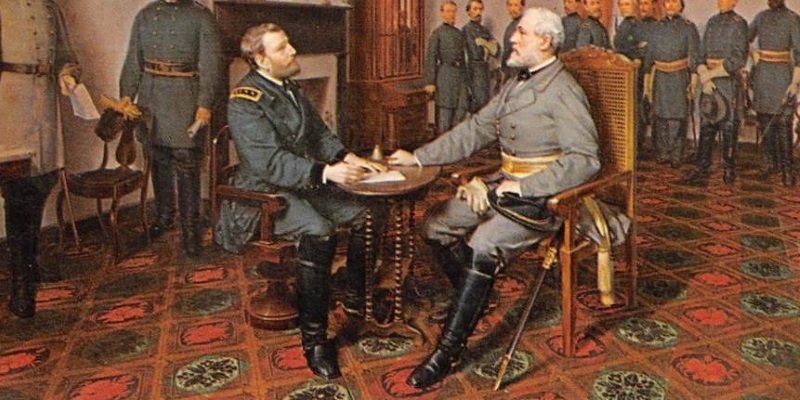 One thing about being a publisher of historical works, a passionate consumer of the same, and having an interest in psychology, is that I can’t help viewing with fascination the way we view historical figures. Grant and Lee in the Civil War are a prime example.

At Appomattox, Ulysses S. Grant was the victor and hailed as such by millions in the North. Yet through most of the 20th century, Lee was viewed as the paragon of many virtues and Grant was weighted down with the poorly-understood legacies of his generalship and presidency. That is changing.

Historians have been reassessing Grant’s military and political career in recent years. Uncle Bobby Lee, while still highly esteemed in many places, has faded back somewhat from the limelight.

The North saw little need to elevate Grant beyond what they already saw in him immediately after the war. The South had a desperate need to elevate Lee to a position of Saint of the Lost Cause. Almost without exception, the Civil War memoirs in our catalog contain copious statements by former Rebels that they were not out-fought but merely overwhelmed by numbers of men and materiel. Lee’s own last order to his troops implied this message.

In one humorous exchange with a former Rebel, who insisted the North won because of a 4-to-1 advantage in men, a Northerner said, “But I thought every Rebel soldier was worth five Yankees in battle.” When the Southern boy replied that it was all the foreigners in the Yankee army that gave them an edge, the Yankee replied, “Come, come. You, an American, saying you could be beat by foreign troops. You should be ashamed.” And, in fact, there were foreigners fighting in the Rebel services as well. 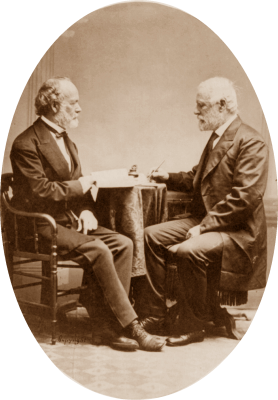 Whether or not all of this is an objective truth depends upon one’s need to view history in a specific way. Most human events are far too complex for a reduction to such simple truths but our lives are short, and we want explanations that are easy to toss off at a cocktail party. (Does anyone have those anymore?)

What about Joe Johnston? Before his injury at the Battle of Seven Pines (May 31-June 1, 1862), he was the Confederate commander and successfully defended Richmond. He was the highest-ranking officer to resign his commission in the regular United States Army when Virginia seceded from the Union. But he had lots of friction with Confederate President Jeff Davis.

Grant and William Tecumseh Sherman both made very complimentary remarks about Johnston later (and became his friend). Grant went so far as to tell journalist John Russell Young, “Take it all in all, the South, in my opinion, had no better soldier than Joe Johnston, none at least that gave me more trouble. I never ranked Lee as high as some others of the army, that is to say, I never had as much anxiety when he was in my front as when Joe Johnston was in front.”

Yet how many Americans even remember Joe Johnston? He didn’t have the demeanor or good looks of Robert Lee. Southerners liked Lee’s audacity and fire in battle. Until Gettysburg, this was an asset. As the Union went through commander after commander, many Rebels thought this indicated a general weakness in the available Union commanders. Lee pragmatically stated he was afraid they’d keep changing them until they finally found one he didn’t understand. George Gordon Meade, appointed to lead the Army of the Potomac just days before Gettysburg, was one of those. Every American remembers Lee. Only we Civil War geeks remember George Meade.

A Hero for All Time

It is perhaps unfortunate for history that we have a psychological need for our heroes to be all things virtuous and minimally flawed. The surrender at Appomattox in a way symbolizes what we like in a hero. Grant arrived mud-spattered without a sword. Lee arrived resplendent in a dress uniform and saber. We cannot know what agony Lee was feeling emotionally but his demeanor was calm, humble, and accepting. We see in this virtues that we would like to claim for ourselves as Americans and as individuals.

By the end of the 19th century, Lee’s popularity had spread to the North. He was seen as a man without vice and tactically brilliant. Military historians today think he should have had a more strategic view of the war. But there are far more monuments to Lee than Grant, even though Grant’s understanding of the politics and strategy of war were more comprehensive than Lee’s. Grant’s view of Reconstruction, had it succeeded, was progressive and admirable.

We hate to have our heroes taken off their marble pedestals, unless it can be accomplished in some salacious, entertaining way. Then we elevate their flaws and minimize their virtues because we use them to symbolize us. Grant’s vices are becoming less a part of his legacy and his virtues are being seen in a new light. What does this say about America in the 21st century? 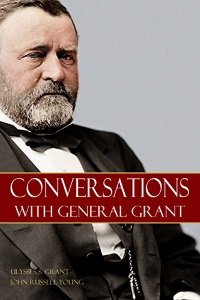