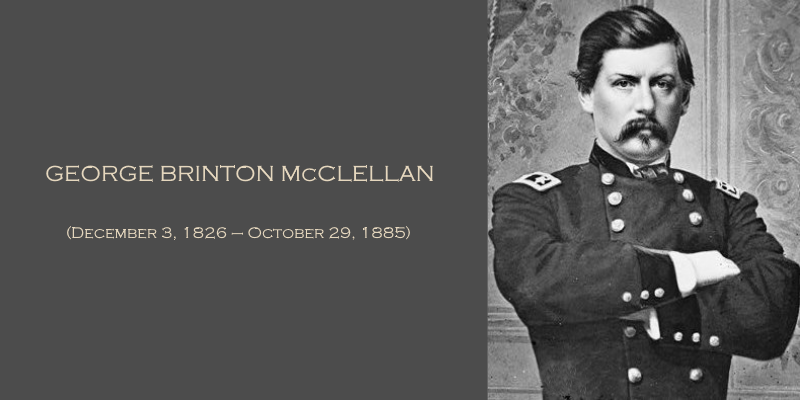 Considering the eventual fortunes of Ulysses S. Grant and George McClellan, the start of the American Civil War promised a very different outcome for each. Grant stated to a reporter after his presidency:

“I was anxious to see McClellan. McClellan was then in Cincinnati in command. He had been appointed major-general in the regular army. I was delighted with the appointment. I knew McClellan, and had great confidence in him. I have, for that matter, never lost my respect for McClellan’s character, nor my confidence in his loyalty and ability. I saw in him the man who was to pilot us through, and I wanted to be on his staff. I thought that if he would make me a major, or a lieutenant-colonel, I could be of use, and I wanted to be with him.”

After waiting two days, Grant never got to see McClellan. When asked of his assessment of the latter as a commander, Grant said:

“McClellan is to me one of the mysteries of the war. As a young man he was always a mystery. He had the way of inspiring you with the idea of immense capacity, if he would only have a chance. Then he is a man of unusual accomplishments, a student, and a well-read man. I have never studied his campaigns enough to make up my mind as to his military skill, but all my impressions are in his favor.”

“It has always seemed to me that the critics of McClellan do not consider this vast and cruel responsibility—the war, a new thing to all of us, the army new, everything to do from the outset, with a restless people and Congress. McClellan was a young man when this devolved upon him, and if he did not succeed, it was because the conditions of success were so trying. If McClellan had gone into the war as Sherman, Thomas, or Meade, had fought his way along and up, I have no reason to suppose that he would not have won as high a distinction as any of us. McClellan’s main blunder was in allowing himself political sympathies, and in permitting himself to become the critic of the President, and in time his rival. This is shown in his letter to Mr. Lincoln on his return to Harrison’s Landing, when he sat down and wrote out a policy for the government. He was forced into this by his associations, and that led to his nomination for the Presidency. I remember how disappointed I was about this letter, and also in his failure to destroy Lee at Antietam.” (See Conversations with General Grant.)

Early in the war, while the north was awaiting deliverance at the hands of General McClellan, there was a lot of puffery written about him. He was called “Little Napoleon” and other flattering sobriquets. He wrote to his wife that, should he desire it, he could be made dictator. 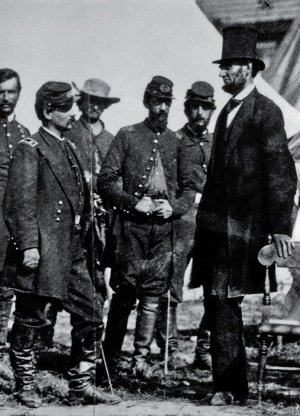 Lincoln and McClellan in the field.

One Lincoln advisor said, “On another occasion the President said he was in great distress; he had been to General McClellan’s house, and the General did not ask to see him; and as he must talk to somebody, he had sent for General Franklin and myself, to obtain our opinion as to the possibility of soon commencing active operations with the Army of the Potomac. To use his own expression, if something was not soon done, the bottom would fall out of the whole affair, and if General McClellan did not want to use the army, he would like to borrow it, provided he could see how it could be made to do something.”

In 1864, having twice been removed from his position by Lincoln, Little Mac ran against him for president. Remarkably, he was still on active service, although he had no command. He lost. Though the general had been much loved by the troopers early in the war, Lincoln’s share of the vote with the Army of the Potomac was 70%.

Ordered to New Jersey to await orders, he was never given any. At the end of the war, he went abroad for three years. He was later Governor of New Jersey and a possible candidate for Secretary of War under Cleveland, a post he did not receive.

McClellan’s last word on the Civil War was the memoir he was writing when he died of a heart attack at the young age of 58 in 1885. He stridently defended his actions and attitudes during the war. It makes for fascinating reading, especially in light of his importance in the development of the Army of the Potomac. In it, however, his writing betrays what may have been part of the reason for his lack of success as a commander. He found very little wrong in anything he did and continued to place blame on Lincoln and Stanton for interference with his plans. 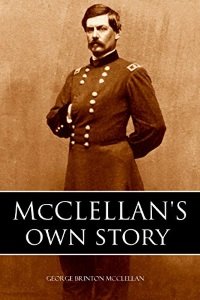 The general’s friend and defender, William Prime (1825–1905), also had a storied and successful career in American life. He was a journalist, art historian, numismatist, attorney, and travel writer. In 1850, he made a trip up Egypt’s Nile River with his wife and friends. He wrote a wonderful account of that trip in Boat Life in Egypt and Nubia. A Princeton graduate, he later helped establish a department of art history there, to which he donated his extensive collection of ceramic art.