Not Your Typical Southern Belle 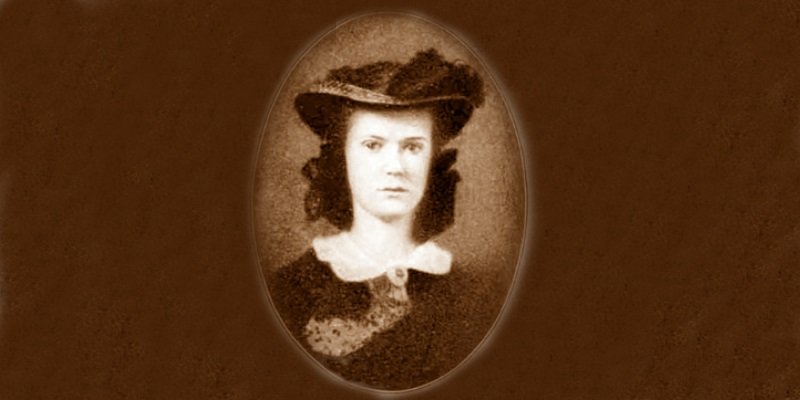 “I don’t believe in Secession, but I do in Liberty. I want the South to conquer, dictate its own terms, and go back to the Union, for I believe that, apart, inevitable ruin awaits both. It is a rope of sand, this Confederacy, founded on the doctrine of Secession, and will not last many years—not five.”

In more ways than one, Sarah Morgan’s Confederate diary will surprise and enthrall you. Many on both sides of today’s Mason-Dixon Line assume all Northerners were staunch Unionists with unwavering faith in the rightness of the war. Many assume all Southerners were staunch secessionists who would never accept reunion with the north. It was, as with all things in life, a wide spectrum. Sarah Morgan typifies that.

Yankees in Her Yard

We should not mistake her words above. She believed in the rightness of the Confederate struggle. She had two brothers in the butternut uniform. She was, however, a pragmatist about the prospects of the outcome.

Sarah surprised herself with her sympathetic feelings towards men whom she met in the Union blue uniform. Perhaps the fact that a much-respected brother-in-law, Richard Coulter Drum (1825–1909), was a Union colonel, married to the eldest Morgan sibling, Lavinia Marie (1832–1912) played a role in her willingness to be open-minded to Yankees. Nevertheless, she also found General Williams to be a perfect gentleman. Thomas R. Williams (1815–August 5, 1862) was a career U.S. Army officer and commander of the occupation force in Baton Rouge, Sarah’s city. He was killed the following August in the Battle of Baton Rouge, which saddened her.

Sarah was born in 1842 and so was but 20 when she began keeping her Confederate diary. With her father recently deceased and her brothers away in the fight, Sarah and her sisters struggled to hold down the home front with their mother. When the Yankees first took Baton Rouge, the Morgan women fled to a nearby town but soon returned, fearful of their home being ransacked. General Williams offered a 24-hour guard to ensure the home’s security during their absence and it’s fascinating to read Sarah’s concern over what others in town would say about them having Yankees protecting their home (not included in the image below). She also wrote about the rumors that England might come into the war for the Confederacy:

“I would hate to see England conquer the North, even if for our sake; my love for the old Union is still too great to be willing to see it so humiliated.”

Ready for a Fight

“This is a dreadful war, to make even the hearts of women so bitter! I hardly know myself these last few weeks. I, who have such a horror of bloodshed, consider even killing in self-defense murder, who cannot wish them the slightest evil, whose only prayer is to have them sent back in peace to their own country—talk of killing them! For what else do I wear a pistol and carving-knife? I am afraid I will try them on the first one who says an insolent word to me. Yes, and repent for it ever after in sackcloth and ashes. O! if I was only a man! Then I could don the breeches, and slay them with a will! If some few Southern women were in the ranks, they could set the men an example they would not blush to follow. Pshaw! there are no women here! We are all men! Only ask Heaven why you were made with a man’s heart, and a female form, and those creatures with beards were made as bewitchingly nervous?” 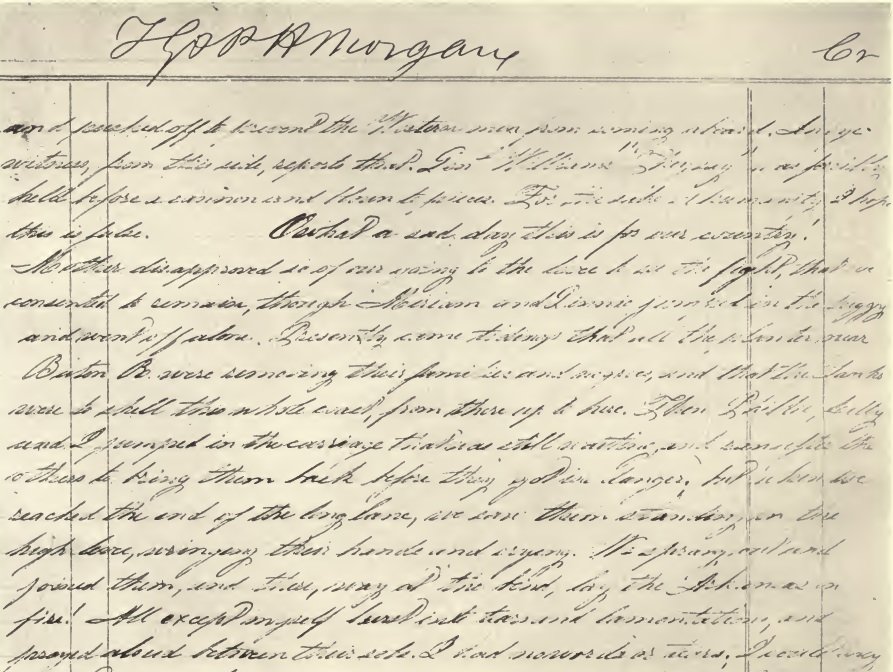 The Morgan’s were well-known in Baton Rouge and the Morgan sisters were young and beautiful. When Yankee soldiers tried to be sociable, Sarah wrote:

“They tried the fascinating [sic], and were much mortified by the coldness they met. Dear me! ‘Why wasn’t I born old and ugly?’ Suppose I should unconsciously entrap some magnificent Yankee! What an awful thing it would be!!”

Another Yankee boy sent with a message by the General, she finds quite interesting. “I like him.”

“I never dreamed of kissing any man save my father and brothers. And why anyone should care to kiss anyone else, I fail to understand. And I do not propose to learn to make exceptions.”

Sarah more than once decried her status as a woman. She thought of disguising herself as a man or at least trying on the garb:

“How do breeches and coats feel, I wonder? I am actually afraid of them. I kept a suit of Jimmy’s hanging in the armoir for six weeks waiting for the Yankees to come, thinking fright would give me courage to try it (what a seeming paradox!), but I never succeeded. Lilly one day insisted on my trying it, and I advanced so far as to lay it on the bed, and then carried my bird out—I was ashamed to let even my canary see me;—but when I took a second look, my courage deserted me, and there ended my first and last attempt at disguise. I have heard so many girls boast of having worn men’s clothes; I wonder where they get the courage.”

The first time Baton Rouge was shelled from Union gunboats, the women were terrified. During a later bombardment, they raced to the levee to watch the excitement as spectators. War is a curious thing and this Confederate diary provides much evidence. 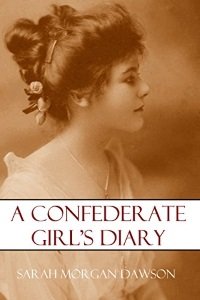