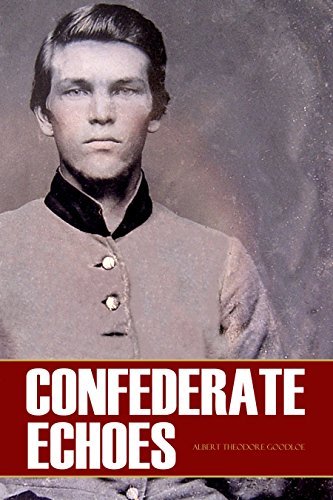 Unreconstructed Rebel, Albert Goodloe, looked back from the distance of forty years at his time in Company D, Alabama 35th Infantry Regiment during the American Civil War. He saw the carnage and horror of war but unlike many former Rebels, held on to his cherished beliefs about the “Lost Cause” long after the guns were silent.

There are many memoirs of former rebels that did make this examination and came to see the preservation of the Union and the end of slavery as being of universal benefit. Reverend Goodloe did not and his memoir not only provides us a view inside the mind of an unreconstructed rebel (one who finds sufficient religious justification for his beliefs) but also offers a look inside Rebel camps during the war.