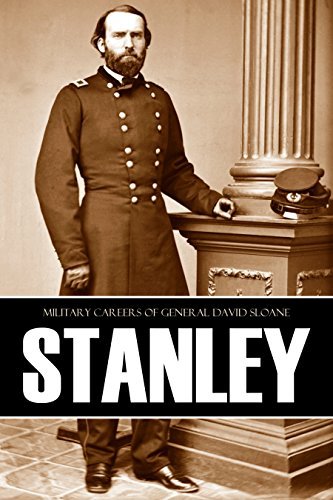 On November 30, 1864, General David Stanley led a successful counterattack against Confederate forces at Franklin, Tennessee. Coming at a decisive moment in the battle, it helped lead to one of the worst Confederate disasters of the war.

For his actions, Stanley was awarded the Medal of Honor by President Abraham Lincoln. Stanley was involved in many major battles of the war. His life encompassed diverse military careers among the union generals in the Civil War and Indian Wars. Included in these memoirs are his very candid impressions of officers like Grant, Sherman, Thomas, Rosecrans, Lyon, and others.

In 1873, he commanded the expedition to protect the Northern Pacific Railway surveyors along the Yellowstone River in Montana Territory. His force included the fabled 7th Cavalry commanded by Lieutenant-Colonel George Armstrong Custer, who would pass that way again in 1876 on the way to disaster at the Little Bighorn.

Here are letters to his wife, written on the 1873 Yellowstone Expedition (discussing Custer among others), along with his report.