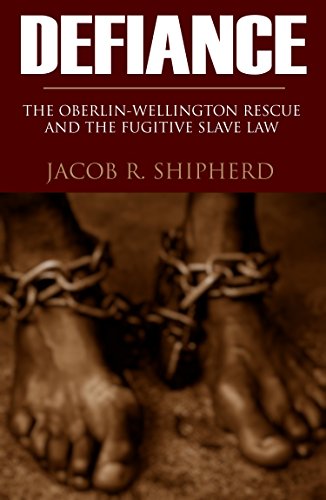 In 1858, a group of Oberlin, Ohio men defied that law by snatching a slave man named John Price from the hands of the Marshall, returning him to Oberlin, and hiding him in the home of James Harris Fairchild, a future president of Oberlin College. John Price was spirited away to Canada, from where he could not be extradited.

The Ohio men were put on trial and the case burst onto the national scene. Here is the trial with all the eloquent and passionate arguments that won great sympathy for the defendants. It is a fascinating case tried with intelligence and not a little amount of humor.