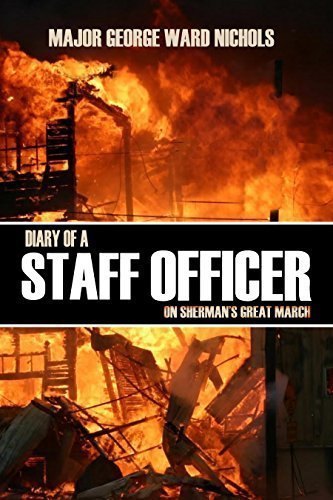 General William Tecumseh Sherman’s grand march to the sea and then through the Carolinas is one of history’s great campaigns. George Nichols was aide-de-camp to Sherman from Atlanta to General Joe Johnston’s surrender.

This book is so much more than just battle stories, although those are here as well. It is full of fascinating and amusing anecdotes about Sherman, his commanders, Southerners that Nichols met along the route, and newly-freed African-Americans. The stories he heard from freed slaves are riveting and confirmed what he already believed about the institution of slavery. He was also surprised to meet some who were educated and articulate, as well as some who he mistook for white people.

After the war, Nichols went west as a journalist. It is Nichols we can thank for inventing the legend of Wild Bill Hickok, whom he met in Louisville.