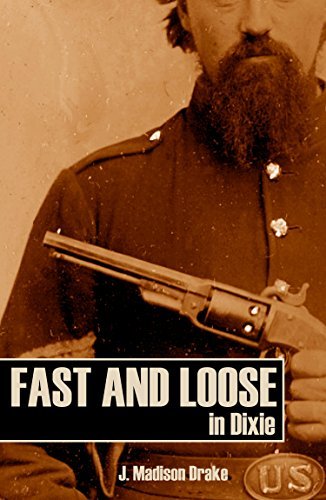 On May 6, 1864 at Bermuda Hundred, Virginia, he commanded the Union skirmish line that was far advanced from the main Union forces and held it for over 24 hours in the face of constant Confederate fire.

Instead of writing about the action for which he won the Medal of Honor, James Madison Drake wrote this lively account of his incarceration at Libby Prison, his wild escape, and his six-week trek to get back to Union lines.

After the war, he was brevetted a brigadier-general and was a prominent newspaper publisher and author in New Jersey.