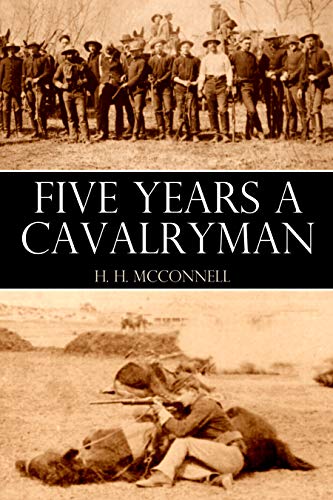 A highly-amusing, unsentimental view of frontier army life in the 19th century, Harry McConnell’s classic memoir of his years in the 6th United States Cavalry is a treasure for readers and historians alike.

A Civil War veteran, McConnell hints at mysterious but unnamed reasons why he left his wife and child to join the U.S. Army and head to the Wild West (they joined him later). But with wit and clarity, he paints a picture of life in a rough regiment of men who mostly couldn’t find occupation elsewhere but in the frontier army.