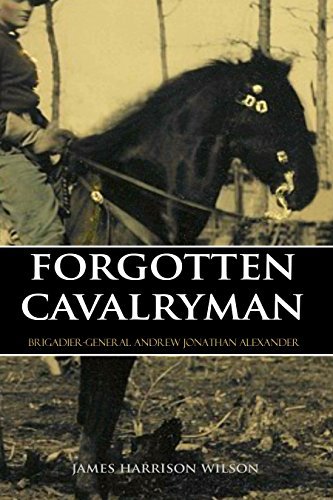 Alexander’s four years of unbroken service during the Rebellion, and twenty-two years of life on the frontier earned him a place that should be more notable. His friends remembered him as a man of great courage, integrity, and physical perfection. He fought at Gettysburg and other great battles of the war.

One of those friends, General James H. Wilson, tried to make sure he was not forgotten by authoring this biography of Alexander in 1887. He recounts the early part of the Civil War when Alexander was called to Washington to serve on the staff of General George B. McClellan. But it wasn’t long before he was in the thick of the fighting as a cavalry officer, eventually being brevetted as a major-general.