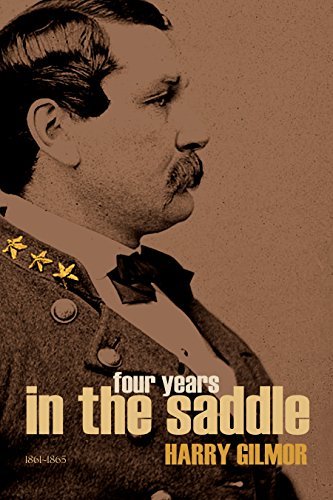 Harry Gilmor started out in Baltimore but at the outbreak of the American Civil War, immediately lent his sympathies to the Confederate cause. Twice captured and held prisoners by Union forces, he nevertheless along the way fought in many battles, including at Gettysburg and actions against General Phil Sheridan’s forces in the Shenandoah Valley.

As a major, he commanded the First Maryland Cavalry and Second Maryland Cavalry, supporting Brig. Gen. George Steuart’s infantry brigade. He was often mentioned in Union memoirs by men who pursued him.