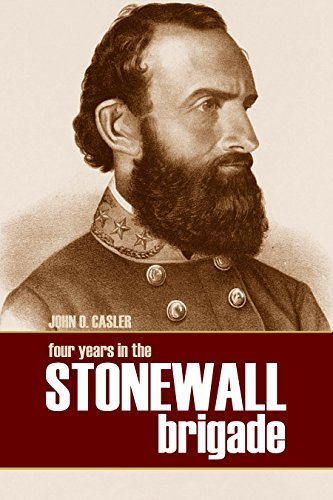 As a commander in Stonewall Jackson’s brigade, John Casler experienced all the horrors and comedy of the American Civil War. His time was not so different from his countrymen on the other side, with the exception of point of view.

He buried more than one good friend.

“I saw my friend, William I. Blue, lying on his face, dead. I sat down by him and took a hearty cry, and then, thinks I, â€œIt does not look well for a soldier to cry,â€ but I could not help it. While I was at work a Georgian came to me and wanted the tools as soon as I was done with them. He said he wanted to bury his brother, and asked if I was burying a brother. ‘No,’ I replied, ‘but dear as a brother.’â€