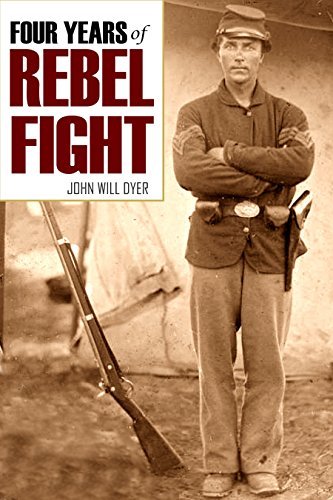 Through the entire war, Dyer and his comrades faced death by bullet, shell, and starvation, while managing to keep their spirits up in a losing cause. Of his former foes, he wrote:

“I write this from a Southern standpoint, but I can assure my brother who wore the blue that he will find nothing in these pages derogatory to the reputation of a brave and true soldier.”

The book is filled with plenty of thrilling action, and Dyer is very modest in his account of his own bravery. He was part of Jeff Davis’ escort at the end of the war and was with him when Davis got the telegram of Lincoln’s assassination.