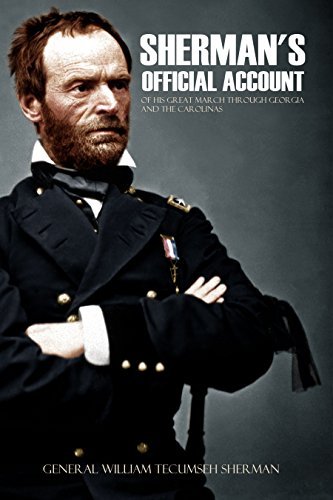 In late 1864, General William Tecumseh Sherman took 62,000 men (55,000 infantry, 5,000 cavalry, and 2,000 artillerymen manning 64 guns) in two divided columns on a 300-mile march from the captured city of Atlanta to Savannah on the sea. It was a daring and unprecedented maneuver, extending his army far beyond supply lines.

But it was successful, and brought the South’s infrastructure and economy to its knees. The Operation was devastating to Georgia and the Confederacy. Sherman himself estimated that the campaign had inflicted $100 million in damage in 1864 dollars.