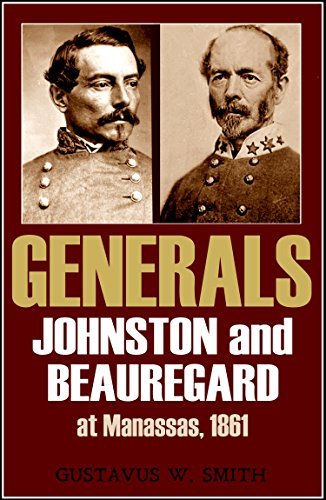 In this long-forgotten but fascinating little book, former Confederate General Gustavus W. Smith took on one of the lions of the Rebel cause: his former superior, Joseph E. Johnston. It is Johnston’s written treatment of the first Battle of Manassas (known by the Union forces as the 1st Battle of Bull Run) that Gustavus objected to and he laid out what he felt was compelling evidence that Johnston’s attempt to enlarge his own role at the expense of G.T. Beauregard’s was wrong.