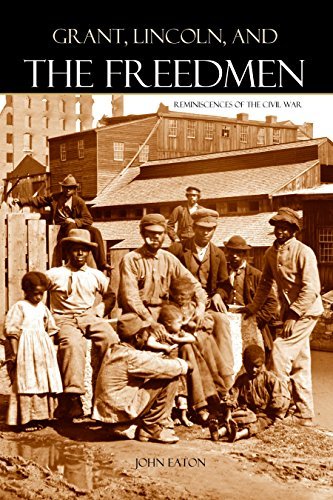 With thousands of ex-slaves fleeing to Union lines and the prospect of millions more to be emancipated, Abraham Lincoln and General Ulysses S. Grant foresaw enormous challenges ahead. What would be done with and for the freedmen?

Grant turned to Colonel (later General) John Eaton to manage the gathering crisis. Eaton felt wholly inadequate to the huge task and tried to beg off, citing the resistance he knew he would encounter from many quarters, including Union officers who used free blacks as servants. Grant quietly replied, “Mr. Eaton, I have ordered you to report to me in person, and I will take care of you.”