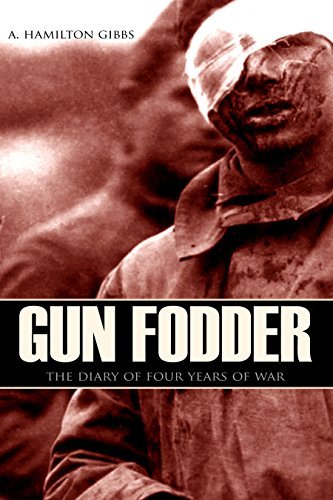 “It was the first time I’d seen men killed and it left me silent, angry. Why “go out” like that on some damned Serbian hill? What was it all about that everybody was trying to kill everybody else? Wasn’t the sun shining and the world beautiful? What was this disease that had broken out like a scab over the face of the world? â€” Why did those particular dots have to fall? Why not the ones a yard away? What was the law of selection? Was there a law? Did every bullet have its billet? Was there a bullet for the Colonel? â€” For me? â€” No. It was impossible! But then, why those others and which of us?”

In the tradition of T.E. Lawrence (of Arabia) and Robert Graves is A. Hamilton Gibbs’ classic World War I memoir of his time in service to king and country. With humor, intelligence, sorrow, and bitterness he truthfully, nakedly, vividly, reveals the experience not only of one soldier in the British Army, but of thousands, and hundreds of thousands.