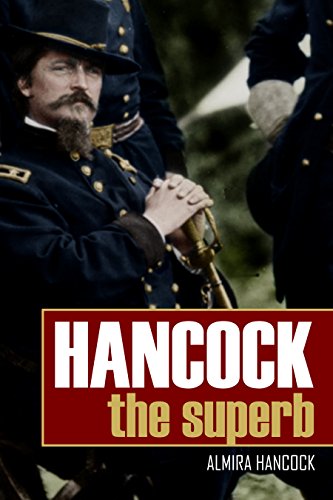 Stationed in Los Angeles before the Civil War, southern friends like Armistead, Garnett, Pickett, and a host of other military comrades whom he loved, came to ask his advice. He replied, “I can give you no advice, as I shall not fight upon the principle of State-rights, but for the Union, whole and undivided, as I do not and will not belong to a country formed of principalities. I cannot sympathize with you; you must be guided by your own convictions, and I hope you will make no mistakes.”

Known to his Army colleagues as “Hancock the Superb,” he was especially lauded for his leadership at the Battle of Gettysburg in the American Civil War. One military historian wrote, “No other Union general at Gettysburg dominated men by the sheer force of their presence more completely than Hancock.” He was severely wounded at Gettysburg but recovered to serve again.