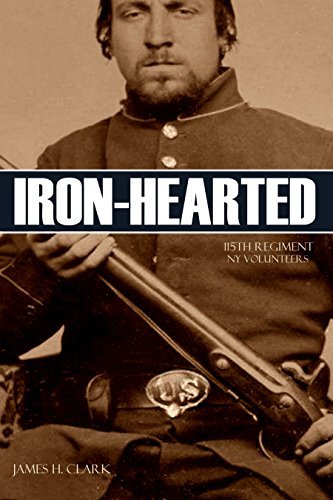 “At midnight the Union troops abandoned Winchester, and blew up the forts. We were eight miles away, but felt the earth vibrate, and saw the lurid flames and thick black smoke curling through the air. It was a grand and impressive sight.”

The 115th Regiment, New York Volunteers were known as the Iron-Hearted Regiment. At bloody fields like Petersburg, Cold Harbor, Fort Fisher, and Chickahominy, they fought like demons from August of 1862 to the end of the war. When it was over, only about 200 of their original number survived.

Lieutenant James Clark was one of them and he wrote their history in 1865, providing a fantastic level of detail of battles, marches, and camp life.