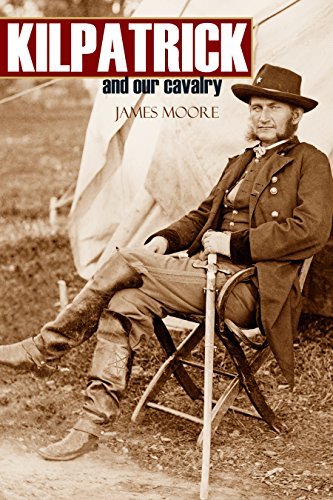 Fearless, ambitious, political, and not beloved by the men in his command, Major-General Hugh Judson Kilpatrick was nicknamed “Kill Cavalry.” He was the first Union officer to be wounded in the war.

He fought with great tenacity and aggressiveness, leading his men sometimes to feel assured he was leading them to suicide. But he was an instrument of destruction used again and again by the Union leadership.