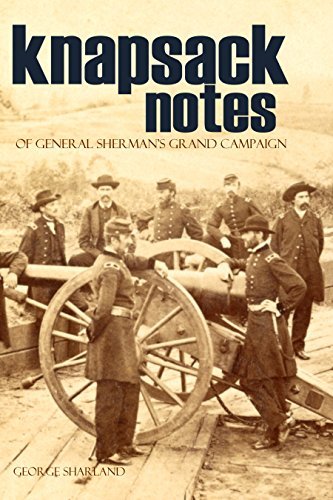 George Sharland was a simple private who marched from Atlanta to the sea with General William Tecumseh Sherman. He penned this soldier’s version of events shortly after they occurred, which gives them an immediacy. Written primarily for his fellows-in-arms, the book carries a wider appeal due to its lack of pretense or aim of self promotion.

Sharland’s spelling skills could not keep up with his ample vocabulary, nor did his editor seem to have much better skills. But this only adds to the flavor of the book and makes its content more human. He kept a diary and was keenly observant of sights and people in the South, which clearly were out of the realm of his previous experience.