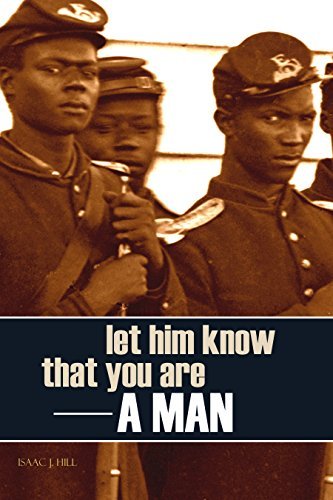 On the 22nd of May, 1864, Union General, Rufus Saxton (a white man), dismounted his horse, turned to the African-American soldiers of the 29th Connecticut, and said, “Boys, if you ever want to make good soldiers you must look a white man straight in the face, and let him know that you are a man.”

The men of the 29th did just that. They fought in the siege of Petersburg, the Battle of Deep Bottom, and elsewhere, facing their foes with determination and courage. Many of them fell.

Isaac J. Hill was one of them and wrote this fascinating and important memoir based on his field diary.