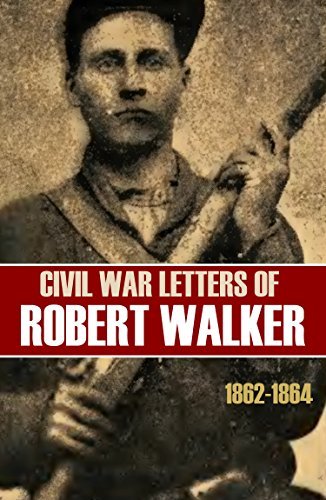 Robert Walker went off to the American Civil War for the Union at the age of only 20. His concerns in the letters are those of most soldiers and a recurring theme is why the folks back home are not writing often enough. At one point he tells his mother through a letter to his sister that he won’t write any more unless she writes.

Most of the surviving letters are to what is clearly a favorite sibling, his sister Harriet (1837-1916), who also seems to write him the most often.

Walker fought at Stone River, Chickamauga, and other important battles before his death in 1864. Though he jokes with his sister in early letters, they become more serious as time goes on.