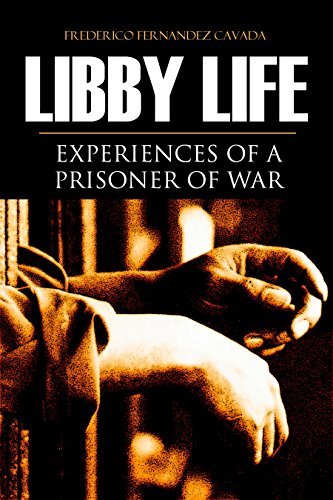 Long considered one of the best Civil War POW memoirs, Frederico (Frederick) Cavada’s searing, funny, eloquent account based on his prison diary is a must read for all fans of the period. Captured near the Peach Orchard on the second day at Gettysburg, Lieutenant-Colonel Cavada kept an accurate and detailed journal of the men and activities at Richmond’s ghastly Libby Prison.

The well-educated, Cuban-born Cavada tells the tale with a generous helping of gallows humor as well as poignant vignettes of suffering and death. After the Civil War, Cavada was a U.S. consul in Cuba and resigned to join the Cuban liberation movement.